Color and sensation are nearly limitless in the works of Franck Sastre.

Upon first glance, viewers are stunned by the variations in both line and texture that dominate his dynamic compositions. Powerful figures of modern society comprise the majority of Sastre’s subjects. Utilizing a variety of media, including black ink, pencil, collage, and watercolor on both wood board and canvas, Sastre renders icons such as Frida Kahlo, Madonna, Audrey Hepburn, and Coco Chanel with freedom in color and pattern that advocate emotional vivacity over naturalistic expression. Alternations in both thick and thin lines marry with geometric shapes that seamlessly recall the works of Dali, Basquiat, and Kandinsky.

Inspired by the art of Sastre’s current residence in Spain, primary colors such as red, black and yellow often govern the palette of his compositions. Throughout his oeuvre, Sastre imbues his subjects with pose and gaze that commands agency from the viewer. His figures are at once empowered, fearless, and graceful. The artist explains: “In my paintings, I see the people of my society in their different forms and colors, and I hope that my viewers feel the same admiration for this culture that I do.” 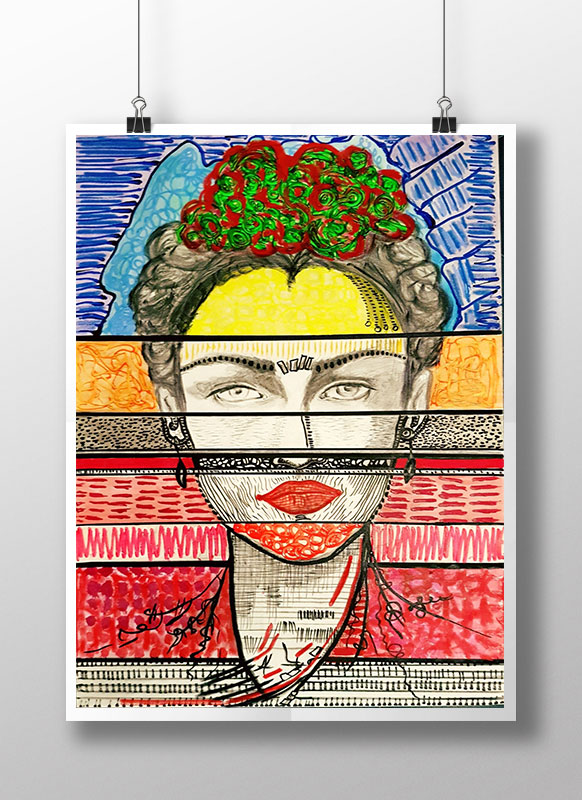